If you’re afraid of spiders, then you might find Siemens’s vision for future manufacturing lines a bit alarming.

In a lab in Princeton, New Jersey, the company’s researchers are testing spider-like robots that extrude not silk but plastic, thanks to portable 3-D printers. The robots can work together autonomously to create simple objects.

Livio Dalloro and Kurt Bettenhausen, a senior vice president at Siemens, inspect one of the 3-D printing robots.

The work is at an early stage, but it hints at where manufacturing may be headed, thanks to more sophisticated robot hardware, smarter control software, and new ways of forming components using 3-D printing. Unlike a conventional robotic production line, which has to be carefully reconfigured for each new product, a team of mobile manufacturing bots would simply be given the latest design and left to go to work.

Livio Dalloro, head of product design, modeling, and simulation at Siemens, says that the robots (which, unlike actual spiders, have only six legs) can currently produce only very simple objects, like cubes, but the idea is that they would eventually clamber around a larger, more complex object, building it as they go. “Modularity, flexibility, and autonomy are the most important trends in the shop floor,” Dalloro says. 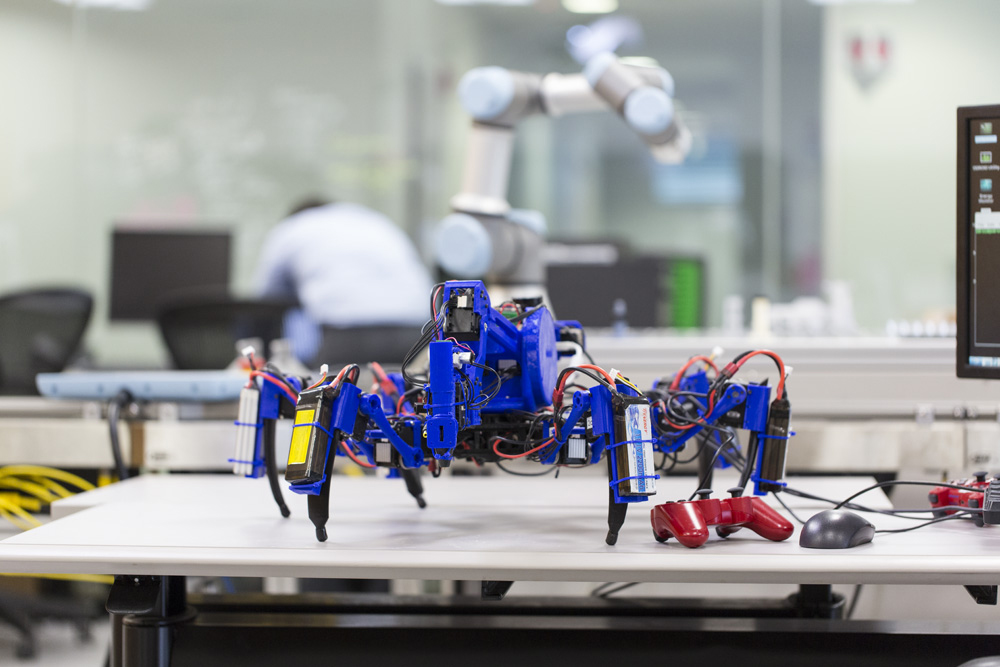 The robot spiders can be directed using a video game controller, but are largely autonomous. 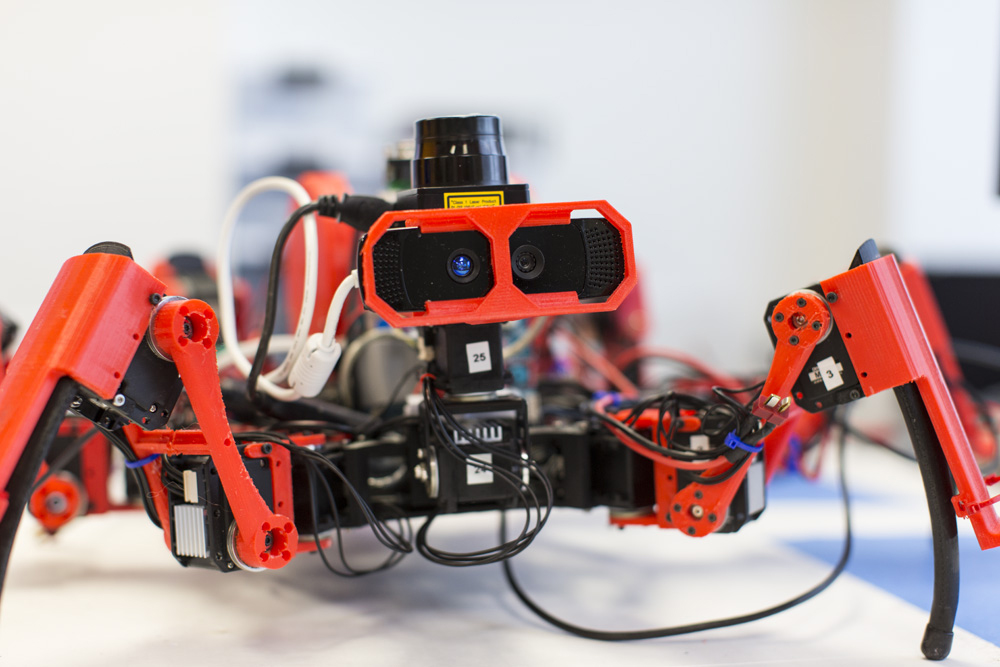 The robots use stereoscopic cameras to orient themselves.

The robots are equipped with 3-D cameras for mapping their surroundings. But they need to be able to localize themselves with a high degree of accuracy in order to work together effectively. Currently they are too imprecise to build anything very complex, and they will need to become far more sophisticated before actual manufacturing becomes feasible. But eventually mobile robots could enable production lines to produce small batches of complex products, says Dalloro.

The robots are partially automated, but will eventually become more fully autonomous, learning how to interact with their environment. “Machine learning will take more and more of a role in the future,” Dalloro says.

Jose Pachero, who codirects the Masters of Engineering in Advanced Manufacturing and Design program at MIT, says that more advanced manufacturing lines, such as those operated by Airbus and Tesla, are increasingly mobile. “This is the logical conclusion of that,” he says. “It sounds pretty cool.”